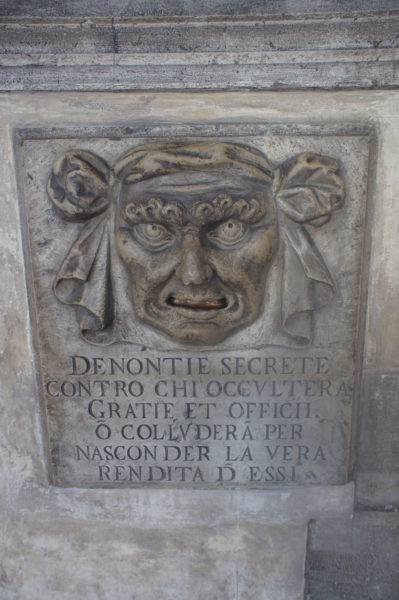 As I wrote this post I spent time thinking about the various brilliant jerks I’ve had the misfortune to work with, how they acted, and how my teammates and I responded.  This was not the most enjoyable article I’ve worked on.

In my management roles I’ve encountered plenty of jerks, but mostly outside of engineering or in leadership positions.  One of the reasons I love working with teams of software engineers is that, while brilliant jerks certainly exist in engineering, I’ve encountered relatively few.  Most of them have been willing to change, once they are made aware of their negative impact.

Hopefully you, too, will rarely encounter brilliant jerks.  But for those that you do have to deal with, I present:

Do not tolerate brilliant jerks. The cost to teamwork is too high. – Reed Hastings, Netflix CEO

If you have worked at tech companies for any length of time, you have likely come across someone who is brilliant, but also a jerk. The fundamental problem with these people—what makes them jerks—is that their poor behavior ruins teamwork, poisons the workplace, and drives away good people.

Of course jerks are not limited to technology companies. More than a decade ago, Doctor Robert Sutton wrote the The No Asshole Rule, going into great detail on this issue. A “brilliant jerk” is just the technology world’s variant of this same problem.

Do not confuse healthy, passionate disagreements over problems and ideas with the personal attacks of a jerk. Constructive conflict is about championing ideas in a safe environment; whereas jerks use mean-spirited tricks to belittle, insult, and coerce. And while constructive disagreements can lead to collaborative approaches and engaged teams, jerks push their own ideas and develop uninformed solutions, grudging coöperation, and low morale.

There are many ways in which people can be jerks. The source of their behaviors, their nature, and their severity all contribute to their overall impact, but can give you clues as to your options for dealing with them.

First off, illegal, immoral, and dangerous activities should not be tolerated, regardless of an individual’s brilliance. If you suffer from or witness this behavior, you need to report it to your HR organization. If you work at a company where this behavior is tolerated or ignored, you should consider leaving, and might even need to resort to legal action.

Most poor behavior, however, consists of lesser sins, such as rudeness, stubbornness, arrogance, anger, pettiness, poor communication skills, and narrow-mindedness. Everyone has flaws and off-days, so anyone can be a jerk at some time. In contrast, multiple, consistent, and large misdeeds are the hallmarks of a true jerk.

Some people behave poorly because they lack the “emotional intelligence” (sometimes called EQ, or emotional quotient) to gracefully handle human interactions. The stereotypical engineer has great technical skills but a low EQ. As one memorable quote put it: “Some engineers have a great OS, but a lousy UI.” Low-EQ folks might be able to learn to recognize and respond in more useful ways, with proper coaching. On the other hand, meaningful change might be beyond their ability.

Some behaviors that might be considered poor may be culturally ingrained. Bluntness is a good example, as there are cultures that value direct, unpolished communication. Within such a culture, this behavior may be normal, but across cultures the same behavior may be considered rude and destructive, and any offenders considered as jerks. Self-aware folks acknowledge their cultural tendencies, and can change styles depending upon the context. Sometimes training can help others to gracefully cross cultural boundaries.

Bullies are one particular nasty type of jerks. Bullies use strong language, threats, and intimidation to get their way. Some of these jerks know what they are and don’t care; others are oblivious. These types of people feel justified in acting as they do because of their superiority and/or competitive drive. They are unlikely to ever change.

Beware the brilliant jerks who excel at manipulation. These folks can be charming and persuasive—enough to convince some that they are brilliant. Manipulators can stand up in front of a group and confidently lie to support their own interests. They will tell you what you want to hear so that you will want to believe them. Like the old Russian proverb: trust, but verify. Work to develop good a good sense for jerks who are misleading you, before they stab you in the back.

Also, note that poor behavior is often asymmetric. Jerks may be respectful to superiors, but, well, jerks to those they deem as inferiors. (This is actually ‘Test 2’ for determining assholes in Sutton’s book.) This sort of targeted misbehavior demonstrates that the person in question has some control over their actions, but either purposefully or unconsciously has not bothered to consistently exert that control.

Regardless of whether their behavior is intentional or not, if a person regularly behaves poorly toward others, and cannot (or will not) change, that person is a jerk.

Although the frustration and costs associated with brilliant jerks are well documented, many of these sorts of people still prosper. Primarily because, on a day-to-day basis, the value of brilliance is far easier to recognize and quantify than the existence and costs of poor behavior.

Real, sustained brilliance is rare. More often ‘brilliance’ comes in various forms and degrees of excellence: the person who always gets more done than the folks around them, the engineer with deep subject knowledge, the innovator who comes up with new solutions, or the entrepreneur who leads a successful company—these people all shine to a certain extent.

High-performing individuals can add great value to an organization. Their achievements are easily identifiable. In contrast, their poor behavior is usually more subjective, and the negative impacts harder to quantify. In essence, the benefits of high performance are quickly apparent, while the harm of bad conduct tends to build up over time.

Even if the flaws of a top contributor are recognized, organizations may be hesitant to act. Attempting to change a person’s behavior is difficult, and could affect their performance. The loss of a high performer can cost a company both time and money. Finding a qualified replacement is not necessarily easy. It is simpler, and in tune with human nature, to keep the person, emphasize their abilities, and dismiss their foibles, rather than trying to change or replace them. Organizations often seem to perform an unconscious cost benefit analysis on their brilliant jerks, such that higher performers can get away with being bigger jerks!