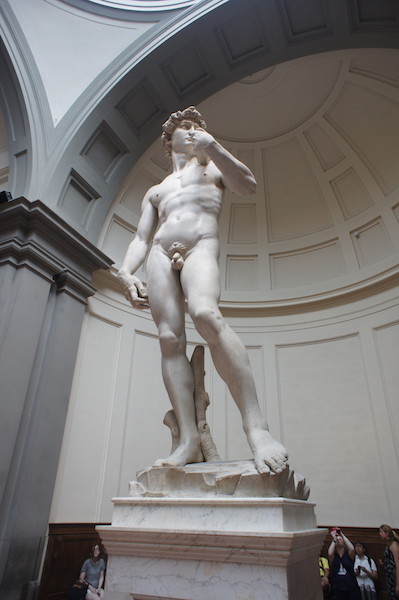 The Devil Wears Prada is a pretty entertaining movie—but probably not one you would expect me to refer to in a blog on software engineering leadership. However, there is a key scene which I feel illustrates a great point that many people struggle to recognize.

Spoiler alert: If you have had this movie in your Netflix queue for the past ten years and don’t want to know anything about it, stop reading now. Really, while the movie is somewhat predictable, it’s also fairly well done. So, while I mention a key scene here, I won’t ruin your viewing pleasure. The movie will still be worth watching. You can safely keep it in your queue for the next decade.

About 45 minutes into the movie, Anne Hathaway’s character, Andy, “gets it” and figures out how to please and even impress her incredibly demanding boss, Miranda (played by the always excellent Meryl Streep). She anticipates her boss and makes a dinner reservation for her at the right time and place, and she has an appropriate outfit delivered, all before Miranda makes any request. The movie goes on to show Andy’s rapidly increasing confidence and competence, but this scene is her tipping point.

Right here, the writers (or perhaps the book’s original author, Lauren Weisberger) nailed a key aspect to success. You don’t normally look for real-world insights in a dramatic comedy, but nevertheless, here it is.

To drive home the idea, I’ll break it down into its components before reassembling it. In the next section, I will provide some examples based upon my real-world experiences (as opposed to relying entirely on a movie for all of my references).

In the Real World

The movie is fun, but the scene I referred to is a bit trite. The following real-world examples should be more relevant and relatable.

Situation: A major system issue had taken the company’s product offline. The engineering manager responsible for the solution sent out an alert when the issue was discovered. He then proceeded to send out hourly reports to the entire management team, letting them know when the problem was diagnosed, how long it might take to fix, who was working on it, and whether customer data might be missing. This is exactly what the management team needed. The information was proactively generated, and the reports continued until the issue was resolved. A day later, he sent around a postmortem report, listing steps that would be taken to prevent future issues.

At the time, my company did not have a procedure for reporting on these sorts of problems. For future issues, we adopted this as our standard procedure. This manager came out of a bad system failure looking extremely capable and reliable—and that’s a good trick to pull off.

Situation: A couple of engineers came to me (independently), asking for advice on how to get promoted. In both cases, I pointed out that they could get better visibility and help out our team if they would reach out to other teams we regularly worked with and offer to work as a liaison. One of the engineers attended a planning session with a partner team. Later, he featured this one meeting on his list of quarterly achievements. The other engineer set up recurring meetings with an appropriate team, reached out to additional teams we worked with (this was a big company), and regularly reported on everything he learned to both me and his teammates. Which engineer would you say took the advice to heart, saw the bigger picture, and proactively and repeatedly acted upon it?

Situation: A team of mine had identified some code that needed to be cleaned up (refactored, commented on, etc.) One particular software engineer believed very strongly in quality code, so he took it upon himself to refactor and reformat all the project files, spending several days on this effort instead of working on the ongoing project with the rest of his team. This radical change hampered our ability to verify actual project changes and created confusion about who was working on what. We reverted his changes.

In this case, the engineer did not stop to check he was aligned with the team. His good, proactive intentions were poorly timed and executed. Had he proposed these changes and enacted them at the right time, he would have been looked upon as a champion. Instead, his poor judgement led to frustration and mistrust.

The best approach always consists of figuring out the bigger picture, aligning with the right people, and being proactive, repeatedly and correctly.

If you are attempting to do the right thing but are not sure about any one of these aspects, ask someone—you don’t have to do this all by yourself. Check with any relevant stakeholders to ensure that you have the big picture and are aligned. Experiment to figure out the appropriate level of proactivity. Get feedback to see how you are doing, or set and review milestones to ensure you are on the right track. Avoid the urge to do what you want to do, rather than what needs to be done.

As you strive to attain more senior positions, this becomes even more important. Senior people are expected to know how to be proactive, how to continuously execute, and how to ensure what they are doing is adding great value. This is pretty much the definition of a senior role!

The key idea, illustrated so entertainingly in The Devil Wears Prada, is to figure out what really is needed (in this movie, satisfying the unsatisfiable Miranda) and to proactively get it done, correctly and repeatedly. When you work with someone who really “gets” this, you will be impressed. When you do it yourself, you will impress.

1 thought on “The Devil Wears Prada”